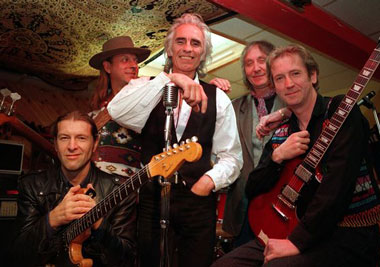 Unassuming, blue-collar and with a less than picture perfect past, Birmingham is known as the “Pittsburg of the south”. Nowadays though, this surprisingly cultural city is urban to its very roots. With only a few attractions to contend with, Birmingham relies on the four neighborhoods that should be visited and its musical pull to make it a destination worth your while.

The Birmingham International Jazz Festival is one of the reasons that Birmingham is on the map. Begun in 1984 by Big Bear Records – an independent company that has its base in Birmingham; it started out by a few bands getting together for a jam session. An album that became the “Jazz Album of the year” and a sell out concert later, it became a yearly enterprise that started drawing more and more bands and a crowd to please.

This five day festival is set to go on board this year as well, with an astounding array of British jazz heavyweights all taking the stage together. This year will see the event hosted at the Botanical Gardens in Birmingham and they are promising a treat for you as trumpets, trombones, tenor saxophones, double basses, drums, piano and vocals all come together in a perfect cacophony of sound to delight your blues appetite. In the past, talent such as Petra Ernyei, Katya Gorrie, Momy Rosenberg Trio, and Becky Brine have taken up the microphone to perform to enthusiastic crowds and highly appreciative audiences. Having clocked up performances from some of the best jazz musicians in the industry, this festival promises to be an unforgettable experience of a lifetime.