Being able to experiment with different styles and genres of music is a talent not many new and upcoming artists possess. It requires good amount of creativity to produce a song that is unique and special. Denzel is one of those few artists who have been able to create powerful music with a fun and original background score. Released April this year, “Seen It All Before” (SIAB4) has proved that Denzel is capable of playing with different styles and producing a song that is true and exciting. 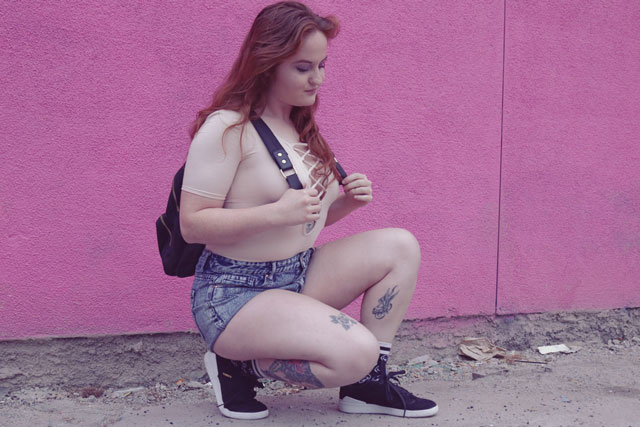 “Seen It All Before” begins with soft drop beats that slowly gain momentum and pick up the energy. With the first few beats, begins the vocals that first go with the music before the lyrics actually start. This adds a spin to the song from the very beginning. The lyrics pick up, and as the slightly electronic and highly catchy tune continues, Denzel plunges into the lyrics of the song in a casual way. She has made sure that the vocals do not overpower the background score. The music lends itself to enhance the vocals and this is what sets this song apart.

“Seen It All Before” is elevated to a unique level because the music which begins with slow beats and then gains speed, allows the vocals to be the highlight of this song. Throughout most of the song, the vocals, in a way, echo and even the accompanying music tends to be uneven; it does not follow a specific pattern but keeps changing, making the song even more interesting to the listener. The rhythm of the vocals however, despite dropping at times, pick up to stay at a steady pace while the notes in the background score stays subtly upbeat and continue to toy with varying degrees of energy.

SIAB (Seen It All Before) Music Video

The song is accompanied by a music video featuring Denzel herself. Her unapologetic appearance makes the song powerful and drives home the point of being your candid self. The visual effects are trippy and various shots are played back and forth with the song in different color tones, adding an extremely cool element to the entire package. “Seen It All Before” is a groovy number with strong lyrics but the video makes the message even louder and clearer.

Denzel has released several other songs as well, including, “Keep Your Distance”, “Too Many Snakes”, “Sinners”, “Game”, and “Too Bad, So Sad”. All these songs are original with the music score taking various styles together and delivering a musical concoction that is experimental in an appreciable manner. They continue to be power-packed and true to Denzel’s smooth and expressive delivery style. This is what makes Denzel a truly inspiring artist.