There are many new musicians trying their hand at creating fusion of different styles. However, what really matters is how original they manage to keep it to the parent genres. SRVSH is one such talented young musician who recently released his EP named “Don’t Play”, which mainly focuses on the fusion of rap and hip hop with a bit of R&B and then some pop melodies to hold the tracks together. The creativity and innovation is evident right from the beginning and the tracks are original and extremely contemporary. 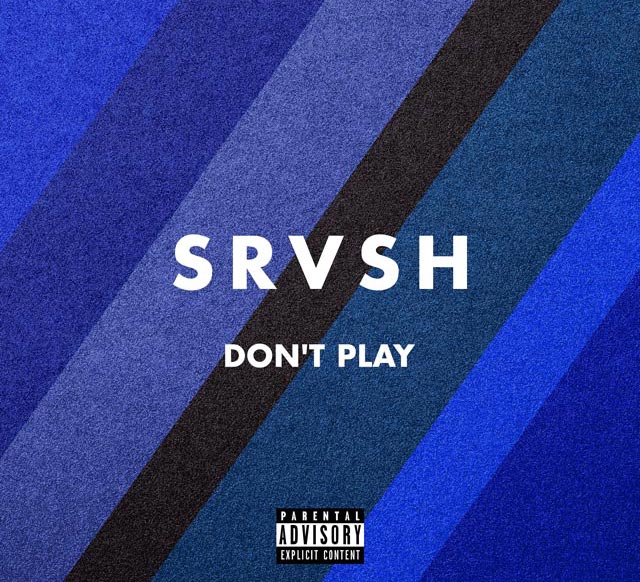 The album has five tracks:

All of these songs are superb concoctions of hip hop and R&B, while the pop tunes are evident especially in the opening and closing notes, with a few songs sporting a good rap as well.

“Need That Dough (Prod. by The Boy)” opens with a softer yet mysterious tune that plays out to give way to a sharper beat that continues with the vocals. The echoing melodies throughout the song build up a foot tapping beat. There is a slight rap which is actually smoothed over by a faster melody.

Listen to the “Need That Dough” Track on SoundCloud:

“May I” is a tranquil melody, slightly sad but still buoyant and in some ways a little slow-paced. However, when the vocals begin, the beats rise and dip, and the strains that seemed like melancholy in the beginning are replaced in the middle with a comfortable rhythm, which again slows down before rising. This pattern continues, making the track quite addictive, especially with the background score that is like a vortex pulling in the listener.

“Flex With Me” is heavier than the previous two tracks. It mainly focuses on rap with a steady rhythm until half way through the song, when the vocals slow down a bit but still follow a hip hop beat. This song rushes between melodies and rap, with different speeds throughout.

“So Wavy” is little soft, but the fusion of hip hop, R&B, and pop in the background is very prominent. It has one single beat that continues for a long time in the track, without changing any speed. There is an echoing strain in between, and towards the end, a new beat is added but it is not at all dominant. It is extremely difficult for a one dimensional track to work but with “So Wavy”, SRVSH does it with ease.

“No No” too begins with softer notes until it spins into the fusion of hip hop and R&B. It builds up into foot tapping beats with a weighty groove in the rap. The brilliantly incorporated pop tones add the much needed lightness in the track.

With “Don’t Play”, SRVSH has created a great music which brings to the fore experiences that people go through in life and connects with the emotions everyone can relate to. Each track in this modern, fusion EP deals with real feelings and a need to express. This is what creates the magic since it makes the songs relatable!