The self-titled debut album from multi-instrumentalist solo artist Mah-Ze-Tar is slated for release on October 19 this year. A stunning fusion of traditional eastern music and modern electronic composition, the album features 9 tracks that will take you through the sensuous blend of musical elements from time-honored instruments like sitar, oud, bansuri, dilruba, and Turkish saz. 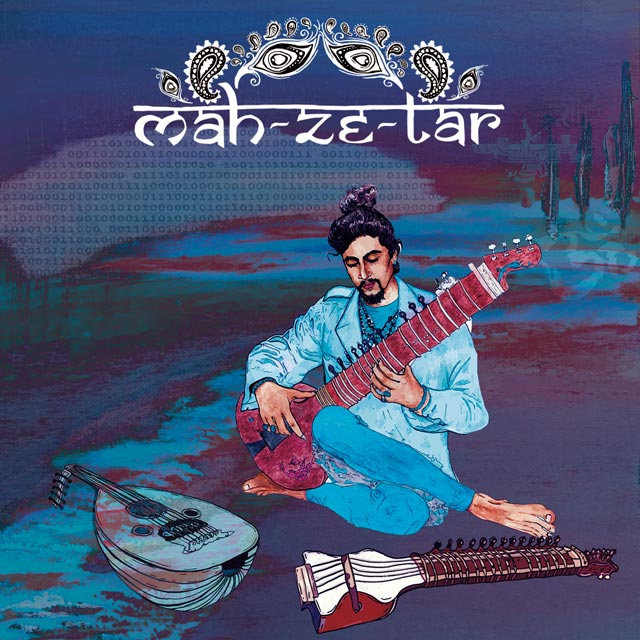 Each track in the album is based on a specific Indian raga. Maz sings in different languages including Hindi, Farsi, and English while bringing in vocal textures from the ancient Indian Dhrupad tradition.

Ahead of the forthcoming album, Mah-Ze-Tar recently dropped the lead single ‘Liquid Lotus,’ along with the official music video. The musical score is much more than I anticipated. The track enters with a coy almost staccato guitar, which playfully dances throughout the entire recording, sending the listener into a musical frenzy.

The drum cadence, in its simplicity sets a perfect mystical effect, which coupled with the boggling synths and a rich piano, creates a layered but dynamic undertone. This rhythm is a recurring factor that serves as a smooth chase motif within the score allowing the listener to relate to the sound on a multi-cultural level.

Instrumentation is also a key factor when listening to this groove. It employs a wide range of orchestrated sounds, dancing from subtle Asian influenced patterns to hip hop infused claps back to whimsical guitars, yielding harmonious moments of both beauty and tension.

This is a solid track that proves we should all prepare ourselves for the ultimate decimating of average and the introduction of a new musical legacy that for now we’ll simply call “Liquid Lotus.”

Maz Karandish is a vocalist and a multi-instrumentalist. He has been covering grounds from raga, maqam, and dastgah to harmony, jazz, and opera. Currently most active in exploring the sitar, he brings different forms of music to life using his amazing voice and a dozen musical instruments.

The current album “Mah-Ze-Tar” is produced by Elliot Lanam. Maz has been working on this project since 2015. In today’s music scene, it is a rarity to find an artist that completely changes the direction of sound as effortlessly as Maz does.