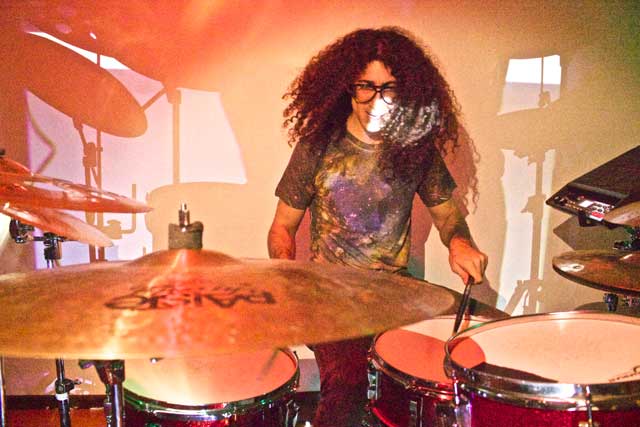 Meaning something a little different to all of us, music is a way of connecting with ourselves. It’s something that we find calming and intimate, when we need a moment to ourselves, we pop in the headphones and lose ourselves in the soothing tones of our favorite songs and albums. If you’re looking for a refreshing and invigorating album to help you find yourself in a moment of frustration and other annoyances, check out Millennial Kingdom Vol. 1. This is a CD released by the popular Jody Giachello, better known as Fourth Dimension or 4D in the musical world. It’s going to give you everything that you’re looking for so that you can find yourself enjoying your break from the world with this toe tapping CD.

A talented percussionist that has his fair share of awards and recognitions, Jody Giachello lets it all out in this multi-dimensional album that is focused on sharing his enjoyment of good solid beat, and rich musical warmth in one powerful blow. With six unique tracks, each going to show you a unique look into the world of jazz fusion, you’ll have a hard time picking your favorite one.

Watchman’s Warning introduces a dark theme with a steady beat and melodic interludes to give you the meaning of the title. The lead single of this new album, Nuclear Fusion, is a refreshing and transcendent experience where you feel as though you are spiriting around space amongst the stars. These are just two powerful tracks, with the other four being just as moving and powerful as these two. Each one has modern touch with classic jazz rock to really give you a look into how music can cross over from genre to genre while still holding onto themes of each one.

If you love jazz in any of its forms – jazz funk, crossover jazz, jazz fusion, you’re going to totally fall for this brand new, explosive album.

This is the perfect “must have” for those who enjoy Thundercat, Esperanza Spalding and Snarky Puppy. Just like these other greats, 4D has something fresh and snappy to offer, allowing us to enjoy Millennial Kingdom Vol. 1 in every realm of our lives. Set to be released from Long Beach, CA on March 31st, 2017, this is a hit you certainly don’t want to miss.

Fresh with talent and skill, Millennial Kingdom Vol. 1 also features Dustin Moor (aka Neon Phoenix) on the bass, keys, moog, and talkbox. Leading a hand on the bass is Justin Panariello. Giving an extra layer of guitar is Christian Wunderlich. He is joined for a kinetic fusion on guitar by Andy Meixner. Lastly, Steve White joins the team with EVI.

Both mixed and mastered by Fourth Dimension (4D) himself, and mastered by Hans Dekline, you can see that this is certainly a CD that has a little bit of everything and everyone in terms of spirit and pizzazz. 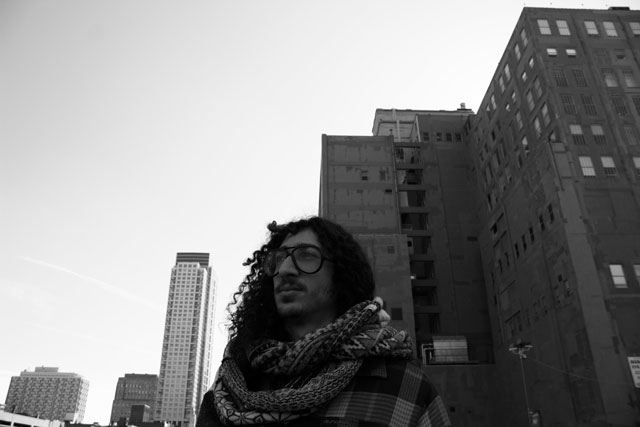 To fully appreciate just how innovative Millennial Kingdom Vol. 1 is, you should know a little more about the man of the hour himself, Jody Giachello. He has always had a strong appreciation for music, and finds his muse in percussion. His father having taught him the drums at just 2 years old, Giachello was totally hooked and quickly climbed the ladder of success. He was in various jazz bands from middle school and up, his father supporting him the entire way.

Giachello attended Berklee College of Music, where he studied with Francisco Mela, a popular Afro-Cuban and Brazilian jazz drummer who is partially responsible for the fresh sound that Giachello has developed over the years. He also studied with Hal Crook, a popular jazz trombonist that allowed him access to an ensemble which he practiced with for many semesters.

Since his education, he’s been able to perform at The Rose Bowl, and has travelled with Taylor Eigsti, a jazz leader with Concord Records. This gets even better when he tours with VV Brown, a gold record selling artist.

This is a man who has toured for 3 years, both nationally and internationally, with The Illusionists (the world’s most popular touring magic show). This also includes 2 separate 6 week-long runs on Broadway at the Marquis Theater and the Neil Simon Theatre. This is a record breaking stint that amongst all of the competition out there for the stage, should show you how high calibre this musician is right off the bat.

He has also done 3 special guest performances on the well-loved America’s Got Talent, where he promoted Broadway perfectly.

When he wasn’t touring with anyone, Giachello faithfully performed with the Long Angeles punk band, Chotto Ghetto for the past nine years. He produces his own music under the 4D alias, which is what leads him to this newest release of Millennial Kingdom Vol. 1. One half of a two part album, this is all about pushing past the boundaries of both time and space to give yourself access to a refreshing, innovative CD all about connection.

There’s no question that Jody Giachello is a well-trained musician, and each beat of this 6 song album is going to prove that again and again. Even without knowing his impressive background, you’ll be amazed by what you hear.

If you are someone who wants to introduce themselves to jazz the right way, Millennial Kingdom Vol. 1 is a great album to do just that. Full of flair, dynamics, guest performers and a strong and elusive beat, you’re going to find all sorts of things to love about this refreshing new release album. Check out his new single, Nuclear Fusion, and give yourself a taste of what’s waiting for you when March 31st 2017 rolls around and you can purchase the whole album for yourself. It’s even more illustrative than you are thinking it is right now; so get ready to expand your musical horizons to allow Millennial Kingdom Vol. 1 a way in.