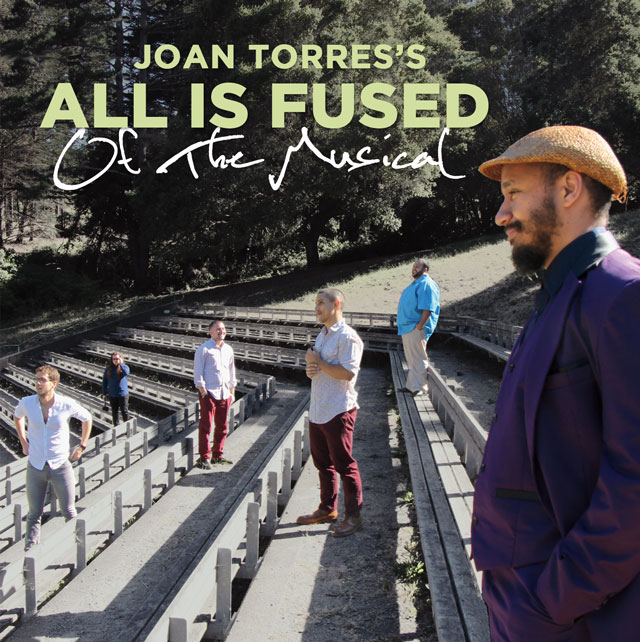 Most biggies in the world of music knew that they wanted to be in music from a young age. Joan Torres was no different, dipping his toes into the world of music before he really understood what it exactly was. When he was 11, he got his hands on his first bass guitar, and this cemented his love for music and all that it could bring the world. This eventually brought us to where we are today, appreciating Of The Musical for all of its glory and vibrance that makes it a well loved album that is drawing a lot of attention. This brand new album was released recently on November 21st and it has all the goodies you would expect from a collection of music that is as diverse as this.

With 8 invigorating tracks that are going to present a different world of rich culture and story telling while tapping your toes in time, this upbeat CD has lot of great things to show you so that you are properly prepared to look at the world differently: that’s what good music does after all, helps you see the world in a different way than you would have before you listened to the CD.

All you have to do is listen how each song is its own unique story and you can see just why that is. With fresh tastes of modern culture and new signatures, this is a great jazz CD to bring into your collection. It’s going to offer you a lot as a jazz enthusiast, and if this is your first time listening to jazz, there is no better option than this to start you off on the right note.

In order to understand what makes Of the Musical so good, you have to look into his history. As already mentioned he fell in love with music at a very young age, and he developed his craft over years so that he was able to appreciate all art forms out there in a way that he would later use to influence his musical adventures. He’s been in several bands, all of which helped him hone his craft a little more, and has gone through extensive musical education which has brought him to this celebrated place today.

The most influential place for him was Stevan Micheo Music Academy, an after-school music program that allowed him to put all of his various lessons, knowledge, and talent together into a package that would promote him into the higher ranks of professionalism. He learned how to play the electric bass, and he also performed jazz music under Joel Marrero, an accomplished bassist. At the same time, he also learned the basics in jazz harmony and theory with Antonio Caraballo, who has a huge influence in his life. This is the musician that pushed him to new heights and helped him reach the confidence that it took to start his adventure in composing his own pieces.

This started him on a whirlwind of successes that led him to CD releases including Before and In the Beginning. Both of these CDs had experienced musicians alongside Joan Torres so that they are masterpieces from the first bars of them. Using his experience in putting the two of these together, he laid out the groundwork for Of the Musical, which is an exhilarating and incredible compilation project with some of the best masters for a complete sound that will get your toes tapping and your head bobbing, even if you never liked jazz in the past.

This CD is part of a three part collection of All is Fused, and the team has outdone itself on all of these with a complete sound that will reach into your music-loving hearts and mean something different to each one. The best music tells a story, and this one does it perfectly with a rich sound and a soothing tale that you can listen to even 10 times, and yet understand it differently each time.

Recorded in June by Different Fur Studios, this CD features Jonathan Suazo on the Alto Sax, Sergio González and Gabriel Vicéns on Guitar, Emanuel Rivera on Piano and lifetime musical partner and close friend, Fernando García on Drums. Joan Torres finished it off with a full, rich Bass that perfected the final sound of this CD perfectly. Grammy winner Dave Darlington was responsible for mixing and mastering the album.

Of the Musical is a creation that is all about combining different sounds together as composed by Joan Torres, and allowing them to compliment each other in unique ways. This CD does a great job at allowing all of that to come out together, giving a great final product to anyone who is looking to enjoy a great sound.

Of the Musical Production:

Of the Musical Members and Instruments:

Of the Musical Tracklisting:

More on Joan Torres, All is Fused, and Of the Musical: