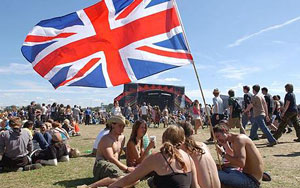 It was the year of 1971 when the first festival was held at Little John’s farm on Richfield Avenue. The town of Reading was invaded by good music and throughout the year the festival became a genuine tradition. Each Reading festival brought something new, with awesome bands and tunes being played on stage. Bands like Status Quo, Suede, Nirvana and Metallica have taken part in the Reading festival. What makes the 2009 edition the best? The answer is simple: each and every band going out on stage to perform in front of music lovers of different ages, races and genders.

The dates for the 2009 Reading festival have already been confirmed, the event being held from 28th to 30th of August, during what is known as the Bank Holiday weekend. Teenagers and not only are expected to arrive in increased numbers, all looking to listen to some of the greatest tunes performed by the biggest names of the music industry. Sure, the festival will have a campsite and all the mad things that come along, including bonfires and plenty of beer. The different is that festival goers are inspired to think green, trying to protect the environment and the others around them. Festival organizers hope to promote the green thinking alternative among those who attend Reading festival, starting with leaving the festival site clean and not using their gas-polluting cars to arrive to the event.

The Reading festival is approximately 200 days away from starting and already an important number of tickets have been sold. Are people looking for something different or they have grown accustomed to the traditional side of Reading festival? Variety is respected like in other years, with rock, indie, heavy metal and punk being included on the list. The novelty comes from the many great names supposedly to arrive to Reading festival but also from exclusive acts. Organizers of the 2009 edition promise this to be the best festival ever, with music being taken to the level it deserves.

Alternative rock fans will be pleasantly surprised by the appearance of Fun Lovin’ Criminals at Reading festival 2009. They are rumored to sing during the festival, performing on the Radio 1 Lock up stage, best known for its punk and rock acts. Others bands rumored to take part in making this the most amazing Reading Festival include White Lies, Florence and The Machine. Friendly Fires, Radiohead and Weezer might also be present. Can you still hide your satisfaction, with such sacred monsters singing at Reading festival? Radiohead is simply amazing, as Weezer the delicious alternative rock band originating from the American continent.

Talking about sacred monsters, both Green Day and AC/DC are rumored to take part in Reading festival. Punk lovers wait with enthusiasm for Green Day to be present on stage, while rockers are craving for AC/DC classic songs. Talk about heavy metal! With AC/DC singing at Reading Festival 2009, it’s definitely going to be the best one ever!