Johnny Dehn had been putting this album together since 2016 and it’s finally here. “Road to the Show” is a display of lyrical appeal and mainstream catchiness to tell a story that can relate to a lot of people and what they go through personally and professionally to get to where they want to be in life. 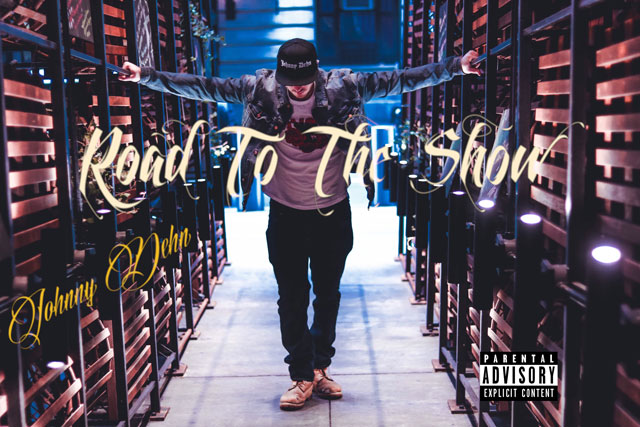 Johnny Dehn is an emerging rap artist hailing from the suburban area of Brewster, New York. He has a subterranean lyricist mentality but with a fashion and sound of a mainstream artist. Dehn is an acronym sculpted from “Do not ever hide anything”. Johnny is full of self confidence and tries to carry a message of being hundred percent outspoken.

“Road to the Show” Tracklisting

The album has 20 tracks:

“Sacrifice” is a super lyrical piece of work coupled with crystal clear sounds of instruments and a loving voice of Yohana Immanuel. The track is a combination of lyrics and astounding music. “Bump it” again is a piece of rap with music that creates a different kind of environment to enthrall the audience.

Like the title of the track, the courageous lyrics of “F**k Fear”are also dominant and denote the feeling of being fearless. Perhaps Johnny Dehn is trying to put across the message clear through the lines. Breana Marin’s sweet and soft melancholy voice in the track “Heal” brings the rap to the forefront; the vocals along with the soft beats of instruments are a treat for all music lovers alike.

Johnny Dehn has portrayed his openness and outspoken attitude in the lyrics of the tracks. Almost all the lyrics covey something or the other to the people with delicately blended sharp sounds of the instrument.

“Never needed you” has set the parameters clear. The elimination of paranoid in the tracks is quite enchanting and crafted in an intelligent manner. While “Relaxation” throws an emphasis on the essence of life, “Highschool” tells the story of true happenings at schools. Johnny pokes fun at the prevalent system in schools and sends out a message to put in efforts to make the system enjoyable and corruption-free.

The track “#21” is on a simpler term with no extravaganza but “House Party” again has something to describe. All the tracks are composed differently from one another but contain some message through the lines. The same goes with other tracks like “Bro’s 4 Life”, “Rite Aid”, and “Twelve Rounds”. All the 20 tracks in the album are based on Hip-Hop/Rap with different music beats. “Hero”, “Blue Ribbon”, and “Over Hyped” are also on similar lines and hold some message for the listener. “The Man” combines the catchy lyrics with rhythmic beats and is sure to soothe the listener’s ears.

The “Road to the Show” album, on a whole, is a lyrical masterpiece with each track sending out a clear message along with the soulful beats.

More on Johnny Dehn and “Road to the Show”