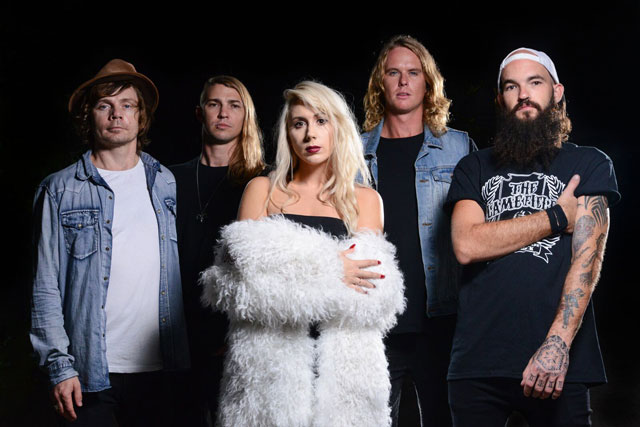 3 Years after the release of their self-titled EP, Australian Rockers, Smoking Martha, have released their debut album titled “In Deep”. The album was recorded at Loose Stone Studios by Producer, Matthew Bartlem.

In Deep has 10 tracks. The album opens with the principal track, So Lonely, which is an aggressive song with direct lyrics. The sultry voice of Tasha D and exemplary guitar riffs by Mick Broome and Azz Stonely make this energetic number a truly representative piece of the album.

Songstress Tasha D and guitarist Mick Broome have a common love for raw rock n roll and passionate music. This love led them to form the band, Smoking Martha. Guitarist Azz Stonely, bass player Matty Mulheran, and drummer Jordy Poynter too joined the band. Together, this Brisbane-based rock quintet have brought out their driving electric and addictive rock style in their debut album In Deep.

Smoking Martha first announced their entry into the music scene through the release of their self-titled EP in 2014. The EP was recorded at Airlock Studios and was produced by Powderfinger’s Ian Haug.

Smoking Martha collaborated with Matt Bartlem for ‘In Deep’. They toured alongside artistes like Cherie Currie, Everclear, and Prophets of Addiction from the US, Uriah Heep from the UK, and Seether from South Africa.

Say You’re Mine was earlier released as a single and has been played in several live performances by Smoking Martha. It touches upon the subject of commitment and its fear. The infectious line say you’re mine… with brilliant basslines pumping in the background is sure to ‘install’ on your mind and play in your head all day. 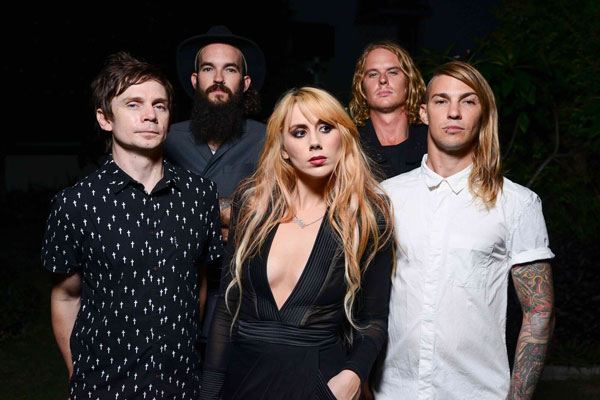 To the Stars and Ebb of the Tide have a feel of punk rock and alt-rock. Jordy Poynter is particularly impressive in Ebb of the Tide. The One Night song is about one-night stands and their frailties, while Baby Let Me Go is a delicate and soft song with echoes of pain and passion.

Follow features soft and sexy voice and has more layering than other tracks in the album. Find a Way is a simple, strong, and sexy track with good effects. What’s Her Name lyrically touches upon obsession and jealousy all lovers can relate to. The closing track Stranger Things sums up the overall theme of the album with intense-paced rendering about our desires, dreams, and struggles.

In Deep is a versatile album that puts forth individual talent of each of the band members before the world. From piercing percussion to menacing guitars to melodic choruses, everything in this album is infectious!