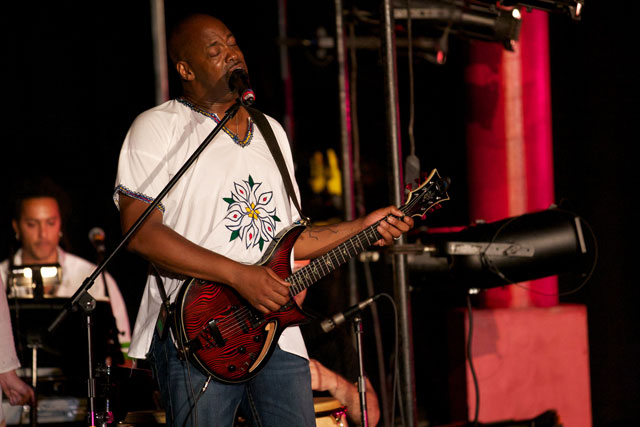 If you’re looking for a foot-tapping album that will inspire you and also keep you entertained for 8 glorious tracks, Tomás Doncker’s The Mess We Made is the album you need. This is a great CD full of diverse music that will get you bopping along without missing the inspirational and realistic lyrics that share his views with the world.

Released on December 8th 2015, this album with jazzy tunes is getting increasingly popular. And that I believe is due to two reasons – One of course is because Doncker is a great artist, and the other one, probably the bigger one in this case, is that this album is inspired by the Charleston Church massacre of June, 2015.

We all know the events of this unfortunate incident: an unhappy young man drove past the church during a prayer service and shot dead nine people including a senior pastor and a state senator. He later confessed that he committed the massacre in an attempt to ignite a racial war. These events showed the world the bitter reality of modern America, and Doncker’s CD brings those thoughts home with great rhythms and lyrics that make you want to sit there and simply think about everything that is happening to this powerful country. 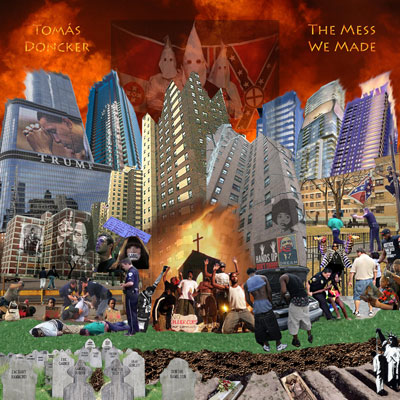 Now, when we think of CDs that are inspired by unfortunate killings or shootings such as this one, we instinctively come to the conclusion that the songs are going to be sad, heart-wrenching ballads that will have us reaching for the tissue box as soon as the first minor chord is heard. However, The Mess We Made is a great CD that shares its sad and jarring message without falling victim to those sad melodies.

Each track has a distinct message of its own that Doncker uses to show the world just how off-base America has become in modern days. From The Revolution, which speaks of the true motivations of the shooter, to Blood and Concrete, which shares aftermath of the shooting, the album touches the heart of the listener through its rendition of how innocent blood was spilled around America due to race-fuelled battles.

With energetic chords and blasts of trumpets that get your head bobbing in time, Doncker shows us that not all serious albums have to be sad affairs with wallowing piano chords. As a blues/soul artist based out of New York, he uses his natural skill and comfort in jazz styles to bring his message out with fantastic music. He is renowned for his talent, and it shines through clearly in “The Mess We Made”

From the vivid and symbol-covered CD art, to the name he chose for the CD, to the lyrics that line each one of his songs, Doncker sends a deep message and serious vibe. He shares his unshakable political views on modern America and all of its issues, all wrapped up in a racially charged epic sequence that will keep you thinking about this CD long after you’ve listened to the last track.

It is the kind of music that sticks with you and haves you pondering what he’s said. He makes a lot of great points through his powerful lyrics. It’s up to us, his loyal listeners, to do something about them. Maybe this groundbreaking CD will help give us the strength to make America into a better place for all the generations to come.

Music is a powerful medium, and Doncker uses it perfectly to capture his thoughts and motivate others to share their own!

The Mess We Made AlbumTrailer:

The Mess We Made Tracklist:

Stream the Record on SoundCloud: