Slated for release November this year, “Avenue B” is all set to captivate the listeners with thrilling music and marvelous lyrics written by Goldwyn Thandrayen. Although entitled “Avenue B”, the place in New York where Goldwyn lived, the album covers his life experience, right from his childhood in Mauritius through his later days in Glasgow, New York, San Diego, and Montreal. Goldwyn’s guitar magnifies the soulful, melodious lyrics throughout the album. 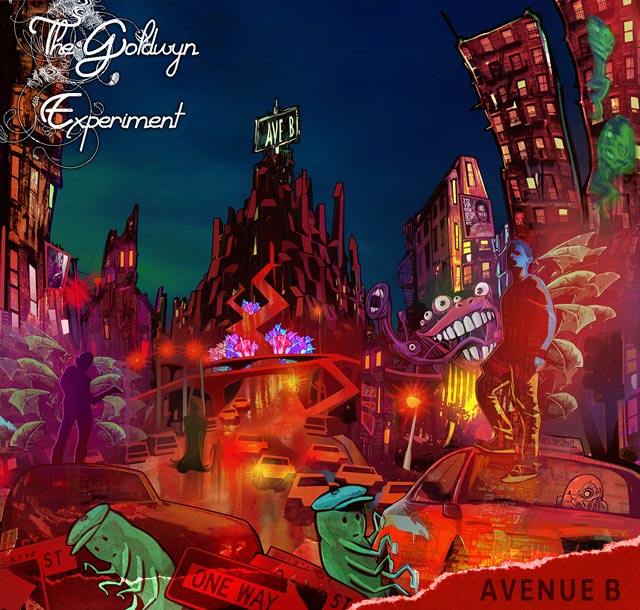 There are 11 tracks in the album:

“Prologue” and “Epilogue” feature monstrous guitar work by Goldwyn Thandrayen, which coupled with thunderous drums and soothing piano, gives a unique touch to the music. “Vodka Tea” is a lyrical masterpiece; it combines excellent sounds of drums and guitar to swing the listener into a completely different world.

The track “Bag of Nails” beautifully narrates the journey into a city ignorant of the purpose. You can feel the forlornness in the lines. “Sad Boy Summer” is more of Rap and Pop with mesmerizing lyrics and equally brilliant delivery.

The heavy sound of drums along with sharp guitar displays the classic work of Goldwyn in the track “Fast Response”. It feels as though the artist’s thoughts have cascaded down in the form of music. “Interlude” displays a creative amalgamation of instrumental brilliance; the album would be incomplete without it.

“Whale Jail” simply captures the listener with its fantastic lyrics and super cool music, while “Arrows” features soft instrumental music that would make you travel to the tranquility of the horizon full of heart-touching experience. The lyrical energy in the track “Let it Snow” fires up the mind as if one is stranded amidst real snow. “Queen of The Night” is an excellent showpiece of Goldwyn’s brilliant guitar and lyrics-writing skills.

Goldwyn Thandrayen is a musician and songwriter popularly known as the lead singer, guitarist of the Rock N’ Roll Band, Psychocide based out of Montreal, Canada. Born in the Island country of Mauritius, he started learning guitar at the age of 16 and soon thereafter formed a musical Band. He started playing songs from popular bands like Led Zeppelin, Iron Maiden, Guns N’ Roses, Sting and The Police, Deep Purple, Halloween, and others. However, despite being popular, these Rock N’ Roll bands were not very well-known in Mauritius then.

The Goldwyn Experiment band was formed in 2011. They gathered artists from various bands and released their first single “Fadin’ Away” the same year. Later in 2012, they released the extended playback “Tonight We Fly” which made them popular. In 2015, they collaborated with a Jazz trio and recorded “Mr. Suit”. With the help of Art Hirahara on piano, Evan Gregor on upright bass, and Jared Schonig on drums, Goldwyn released the album “Avenue A” in 2016.

In 2017, Goldwyn gathered the trio again and wrote “Avenue B”. However, this time, Kenny Grohowski replaced Jared Schonig, and Goldwyn also added his guitar work. The recording of the album started in Avtar Studio, New York. The project then moved to Montreal’s Planet Studio and San Diego’s Signature Sound. Goldwyn’s longest project so far, “Avenue B” is finally set to release next month.

More on “Avenue B” and The Goldwyn Experiment