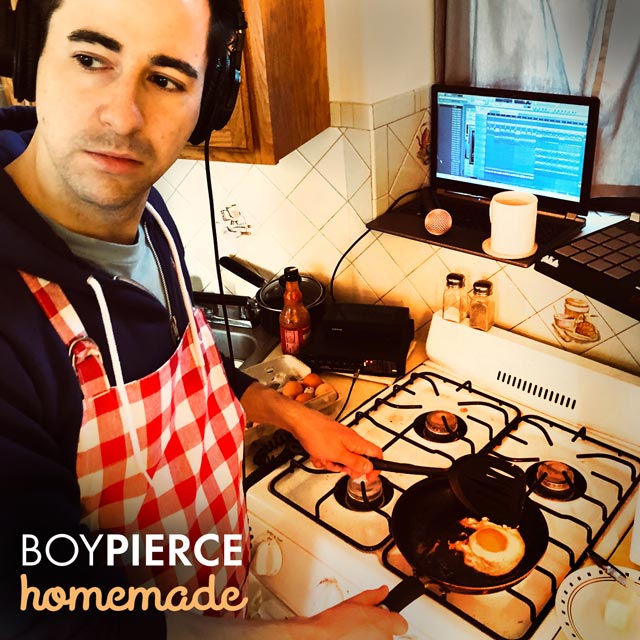 With all these songs being solely hip hop and rap, your average listener might anticipate the album being quite monotonous, but Pierce weaves magic in this case and makes sure that each song stays different. Instead of being just another collection of similar songs, “Homemade” is packed with power and energy.

The first song, “Make It Alright,” does not miss a beat with the instrumentation or vocals, and there is an ever-present catchy sample that compliments the fun rap. “T. O. C,” on the other hand, has a bit more of a background score before the rap session hits hard, with a sharp melody that connects throughout.

“Old School Fool” is not as fast-paced as the other songs, allowing the music to take over on its own and offer some breathing room between the vocals. The fourth song, “The Internet Used to be Funny” is a song that points out one of the social hazards the internet poses by being all-consuming. Through some very effective lyrics, over a sharp and energetic beat, Pierce and guest MC Lars push the message with solid delivery that underlines the need to be more mindful of one’s internet consumption.

“Demo 1 (Layovers)” and “Demo 2 (Doorbells)” differ in their music construction. “Demo 1” is a very fast rap with an ongoing foot-tapping beat, while “Demo 2” has a more slow-paced hip hop rhythm, punctuated by the sound of a doorbell which is soft and melodious in the face of the heavier rap.

“Reminiscent” brings back many small memories from the artist’s past. This song, with a soft, somewhat mysterious and soothing note playing on, reminds one to keep in touch with one’s roots. With every song, Pierce introduces the concept and theme in simple lyrics that allow the rap to be understood by the listener. The sound engineering is superb with much energy and high-spirited beats.

Pierce started out experimenting with mashups and remixes in college before releasing his rap mixtape “The Bootleg” in 2011. His music has gained a strong response recently and has led to promising live show opportunities, including opening for MC Lars, mc chris, and Mac Lethal.

More on “Homemade” and Boy Pierce