After five years of journeying through the musical greatness of South Indian melodies, Akshara Music Ensemble has finally released their debut album “In Time”. The album brings to the world Carnatic melodies dressed in different attire. The music is edgy, contemporary and yet original and firmly based on its genesis. 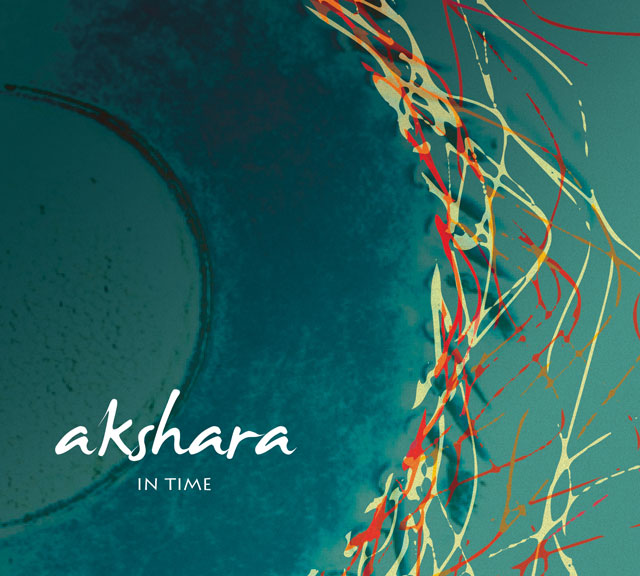 All the five tracks pay true homage to the beautiful music South India echoes of, in a wonderfully modern way.

The first track in the album, “Mind the Gap”, sets the mood for the album with its luxuriant and happy, and sometimes, foot tapping beats. It is buoyant and melodious with the sweet strain of bansuri (flute) and is complimented with the slow groove that slowly builds in the background. As the track proceeds, hammered dulcimer comes in solo and then the violin takes the centre stage, while the other instrumentals fade in and out for a while.

“Mohana Blues”, the second track in the album, has won the award for the “Best World Traditional Song” at the 13th Annual Independent Music Awards. When Mohana Blues begins, the tone is set by two cellos that offer quite a royal uplifting harmony to the track. The music sways as the mysteriousness of the flute’s melody is backed by the cadence midrange instrumentals from violins.

Listen to “Mohana Blues” on SoundCloud

Carnatic Ragas are best showcased in the track “Opus in 5”, where the floating, slow paced traditional chanting music of South India is recreated with an energetic tempo, which pulsates with the beats of tabla and Takadimi drum. Along with the upbeat music, there are hints of mellow harmonies of flute and violin, which slowly build in to give way to the familiarity of mridangam.

Hammered dulcimer is the star in “Shadjam”, which is the fourth song of the album. There is certain energy seeping in through every rhythm of this track, giving off a lively vibe. “Shadjam” embodies the incandescent tunes of flute and the richness of violin. The beats swell and grow till the track dips into an eldritch vortex of music, which is temperamental and emotional at its core. “Shadjam” presents a decadent and nocturne music with an indulgent radiance, which makes the track truly memorable.

The album ends with the classic “Urban Kriti”, which is a perfect track as the end piece. It wraps up in style with a certain grandeur that throbs with the magic of the Carnatic music in a contemporary, cutting edge routine. What begins with a solo from hammered dulcimer creates an aura of obscurity till the music blooms with shifting notes of cello, followed by the pounding beats of drums. “Urban Kriti” is very modern and tense in the beginning and then turns into a masterful creation, bringing in so many styles of music construction.

Eight extraordinary musicians have worked together to bring this amazing album – Bala Skandan on mridangam and konnakkol; Nitin Mitta on tabla; Arun Ramamurthy and Trina Basu on violin; Jay Gandhi on flute; Dave Eggar and Amali Premawardhana on cello; and Max ZT on hammered dulcimer.

“In Time” creates a music that is reminiscent of South Indian instrumentals and yet has a twist of world music. It has notes of jazz and folk along with the rhythms of Indian Classical music. These styles are not often seen together, but as Akshara has proved it, when infused together, they can attain sonic splendor!

More on “In Time” and Akshara Music Ensemble