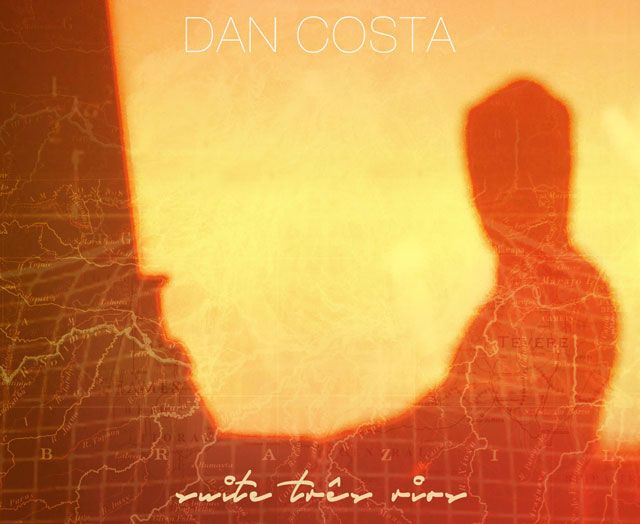 You are about to be amazed, excited and simultaneously soothed by the every second of Dan Costa’s brand new CD, Suite Três Rios. From the very first second of the perfectly executed chords to the last beat of the last song, you will be taken into a world of energy that introduces you to a unique blend of cultures through music.

You will be completely amazed at how different you feel once you’ve finished listening to this CD. It’s that good.

Recorded in Rio de Janeiro in January 2016, this vivacious CD has touches from all over the world. It was recorded in Brazil, Mixed in Oslo, Norway by Ricardo Dias, and Mastered by John Greenham in Los Angeles, USA. You can say, then, that this CD has already been enjoyed all over the world, and its exposure is about to get much bigger and brighter with its release scheduled on 17th July 2016. 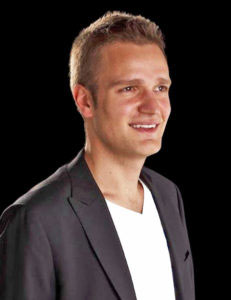 The main artist, Dan Costa was born in London, UK. From very young age, his attraction to music was clear. He studied classical piano at the Académie de Musique Rainier III in Monaco, only to further his skills even more by studying at the Académie Internationale d’Été de Nice. His parents, with their Italian and Portugeuse backgrounds, were delighted when their son took to adding in his important roots to the music that he played and created. In fact, Suite Três Rios has plenty of examples of Brazilian rhythms that are equal parts Jazz and Classical with a swing to it that shows off Portuguese history. It’s an attractive mix for sure.

Awarded many certifications and awards in his short time in the public, Dan Costa is a star in the making, already gaining himself quite the shining streak of fans.

Amongst his fame are recognitions from some of the top schools and festivals in the world: he was a member of the Aurora Music Star Festival in Sweden and was awarded a diploma from Sir Paul McCartney’s Liverpool Institute for Performing Arts in the UK. He also earned himself a merit grant to Universidade Estadual de Campinas, where he pursued further his love of Brazilian music.

Understanding that to be great you have to learn from the greats, Dan Costa has attended workshops that were coached by some of the best names out there including Kevin Hays, Kurt Rosenwinkel, and Chicken Corea, among others. His love for music and all things related has allowed him to be involved in various musicals and orchestras, all of which gave him a rich understanding and appreciation of the arts programs around the world and in all cultures. This has enriched his experience even more, and the learning just kept coming as he travelled to several different countries sharing his talent – Spain, France, Germany, and so on.

Performing in many festivals around the world, this is a man who knows his way through a piece of music in such a sensual way that you can’t help but bob your head in time.

All of this and more has gone into the creative masterpiece Suite Três Rios. In English, The CD’s name translates to Three Rivers Suite. It features many world-renowned musicians such as Jacques Morelenbaum, Teco Dardoso and Leila Pinheiro. The CD is similar to music released by Herbie Hancock and Maurice Ravel. Fans of either one of them will love every single second of Dan Costa’s new CD. It is the perfect combination of Jazz and World music. It will take you on an adventure to a new world that is filled with all sorts of wonders. Through the toe-tapping beat and the touches of cultural characteristics, you’ll learn more from this diverse CD than you ever did from school. After all, what can better teach you than a medium that transfers sensual touches to your mind using the well orchestrated beat and rhythm that has never been heard before!

The CD was produced by Dan Costa, himself. He also composed and arranged each piece himself and played the piano for each piece with perfection in mind. Ricardo Silveira worked hand in hand with Costa, and played the guitar as well as co-production of the CD. Marcelo Martins played Alto and Tenor Sax, and Vittor Santos pitched in on the trombone. Giving the CD the double bass that it needed to bring it up that extra notch was Alberto Continentino, and lastly, Rafael Barata finished off the ensemble with his contributions on drum and pandeiro.

Suite Três Rios will have you smiling and dancing along from the very moment that first song hits your ears, and you will be so glad that you made the time to listen to it in your busy life.

It is an energizing compilation that will really inspire you to learn more about the lifestyle that led to its creation.

You’ll love everything about this CD. The hard part will be choosing what your favorite thing is!